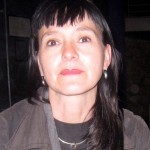 Elfi Eberhard studied musical education and mathematics at the University of Salzburg and completed her training in cultural management at ICCM Salzburg and the Marcel Hicter Foundation in Brussels. In the areas of PR and communication, as well as production and conception she worked for various cultural institutions in Salzburg such as ARGEkultur, SEAD, and Rockhouse. As a free-lance executive producer, she was responsible, e.g., for the projects Choreographic Platform Austria 04, Kontracom (Mozart year 2006), Donaufestival Krems (2007), City Of Dance (2007), and tanz_house Festival (2002 to 2010), managed artists such as Lisa Hinterreithner, Claudia Heu, and Zoe Knights, and was a member of the work group TIGA. At Szene Salzburg, she was head of the annual management’s department for PR and communication (2001–2004 and 2009–2010), the Festival sommerszene, and for various projects of Szene Salzburg, among them the apap project Performing Europe Goldegg. In 2005, together with Nicole Haitzinger she founded tanzbuero Salzburg. Since 2011 Elfi Eberhard has been working for the Salzburg Festival. 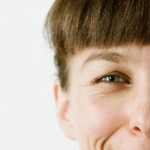 Lisa Hinterreithner is a performance artist, based In Vienna and Salzburg in Austria. The central theme of her performances and installations is body, text, images and  recently objects as choreographic assemblages. Her work takes place on stages, in galleries, in the woods and on paper. Her latest performances include the installation automatisch –idiotisch – als ob – genau in collaboration with Julius Deutschbauer (SZENE Salburg 2014) and the series of performances The Call of Things (amongst others at Tanzquartier Wien, Galerie 5020 and ACF London) as well as the performance Mezzanin (ImpulsTanz Festival) in 2014/15 with Jack Hauser. Together with Martina Ruhsam she created the work A scripted situation, a social choreography in 2014 (amongst others at Tanzquartier Wien 2015). She taught performance at the Academy of Fine Arts Vienna in 2014. She has been teaching creative research at SEAD (Salzburg Experimental Academy of Dance) since 2013 and at the University of Vienna since 2014. With Elfi Eberhard she curates the research platform tanzbuero. In 2014 she received a Master (MRes) in Performance and Creative Research from Roehampton University/London.