This transdisciplinary lab sees itself as a joint reflection on space on the one hand, and on (non-human / human) bodies in relation to space.
Open moment on: November 5, 2016, 3 p.m.
Unipark Nonntal, Studio der Tanzwissenschaften Salzburg 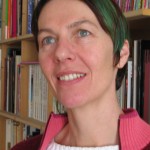 Hildegard Fraueneder studied art history, history, and philosophy in Salzburg and Vienna, earning her doctorate in 1988. She teaches at several Austrian universities and is senior lecturer at Mozarteum University Salzburg. Frm 2001 to 2016 she was director of Galerie 5020 in Salzburg, and since 2014 has been co-executive of the Science and Art Focus, a cooperation of Paris Lodron University and Mozarteum University. Hildegard Frauenender has been working on numerous research projects and publications on art and society, feminist art/gender studies, art in public space. She curates and organises numerous exhibition projects, conventions, symposia and series of lectures. 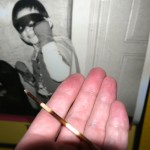 Jack Hauser was born in 1958 in Horn/Lower Austria. After working as a chemist, he studied electroacoustic music in Vienna from 1983 to 1986. In 1994, together with Inge Kaindlstorfer & David Ender he founded the performance gang Lux Flux. In 2003 he started a collaboration with Milli Bitterli, and since 2005 has been working on numerous joint projects with Sabina Holzer. In 2014 and 2015, together with Lisa Hinterreithner he developed the performance series The Call of Things. Moreover, he conceives performative interventions and works with various media, which since 1999 have been run and attended to as “Wohnung Miryam van Doren”. 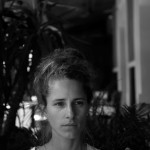 Christina Jauernik was born in 1985 in Graz/Styria. She studied architecture, contemporary dance and choreography in Vienna, Berlin, Amsterdam and Great Britain. Since 2014 she has participated as an artistic researcher and Ph.D. student in the interdisciplinary FWF-PEEK research project headed by Wolfgang Tschapeller at the Institute for Art and Architecture at the Academie of Fine Arts Vienna, as well as since 2012 for Wolfgang Tschapeller ZT GmbH. She received numerous stipends, e.g., the Start Stipendium of the Austrian Federal Chancellery 2016, the Margarete Schütte Lihotzky Stipendium 2015, and the IMPACT13 Stipendium PACT Zollverein Essen. She published her work Hands have no tears to flow. Reports from/without architecture (Arno Ritter (ed.), Wolfgang Tschapeller, Gisela Steinlechner, Christina Jauernik / Vienna, NewYork: Springer Verlag, 2012) and recently exhibited at the Austrian pavilion at the Architecture Biennial in Venice. 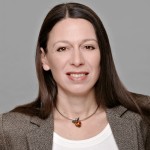 Ulli Vilsmaier studied geography, receiving her doctorate in 2009 at the University of Natural Sciences in Salzburg. During her time in Salzburg she participated in several projects as editor and scientific worker, e.g., assistant for anthropogeography at the faculty for Geography and Geology, scientific coordinator of the transdisciplinary study research project “Leben 2014 – Perspektiven der Regionalentwicklung in der Nationalparkregion Hohe Tauern/Oberpinzgau” (Life 2014 – perspectives of regional development in the national park region Hohe Tauern/Oberpinzgau), project associate and directore of studies for KommEnt – Association for Communication and Development, guest lecturer at Universidad de la Havanna in Cuba, Universidad Nationál Autónoma de Nicaragua León in Nicaragua, and at West University of Timisoara in Romania. Since 2011 she has been lecturer for transdisciplinary methods and representative of the chair for Inter- and Transdisciplinary Studies at Leuphana University Lüneburg in Germany.

Thoughts by Doreen Massey on the topic of space were taken as a point of departure for RaumLab, referring to Massey’s publication for space (2005), focussing on Massey’s terms “throwntogetherness” and “elusiveness of space”. Massey describes how places can be conceived as a throwntogetherness of things, materials, people, animals with different temporalities. Wher the here is just as ephemeral as the now. Where there is no romanticism of a predetermined collective identity, and the epithet ‘eternity’ is unsuitable for a rock in the landscape (the elusiveness of space). Massey describes places with their manifold temporalities as a continuous interweaving of encounters.

Can we really conceive space as an unstable, uncertain, and permeable structure? Could space thus be “lived through” as a continuous (slow and fast, visible and invisible) movement? Within one movement (that of a spatial object), another one (that of a corporal space)? To what extent is space a space-time construct, and how do we place time in our spatial concept and our perception of space? A decisive (artistic) question arising therefrom: Can this form of spatial concept evoke a different artistic practice? Which part does time play in this experiment?

In/dependent of this, questions arise concerning the shape of the relations of human / body / space. Which relationships do humans / bodies strike up with spaces? Does an incommensurable pervasion of space on humans happen, especially with regard to social and political power structures of spaces? What, for instance, do loss of space or restriced acces to spaces mean for the life / existence of a human being? How do spaces stabilise or destabilise togetherness? The human body is a co-former of space. Which models of art / life / imagination are enabled by this togetherness, which performative form develops? “Throwntogetherness” vs. “togetherness”?

Various aspects, processes and actions resulting in the course of the workshop are presented at the end of the lab in the framework of an “open moment”.