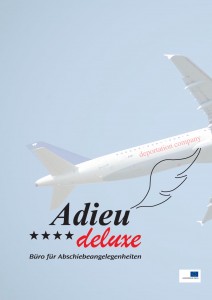 Because of the high unemployment rate and the high percentage of migrants
among the inhabitants of the city of Hallein, God’s Entertainment focus on
equality in this workshop. Setting out from questions concerning illegality, a
performative investigation of local structures is tested. When does politically
illegal space come into existence?

When is a body regarded illegal by the loupe of law, when is it judged to be alien in the framework of social customs? When do body and space lead to deportation or segregation? When does a body become identity, a place locality? The young Viennese performance collective God’s Entertainment has drawn attention for several years now with politically and socially charged performances and actions. With their radical approach, they are searching for fields of tension and power in various social and cultural spaces, themes, structures and forms beyond theatrical conventions. From this artistical and social weave – often integrating the audience –, highly acute social sculptures are created.