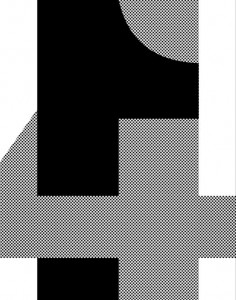 Four performances meet. Four performance artists Jack Hauser, Lisa Hinterreithner, Sabina Holzer und Nic Lloyd contribute performances of their own and perform them together in a shared space. The outcome is a fifth performance. The dramaturge Chris Standfest accompanies the performative process artistcally and discoursively.

In Shared Space – Time | Infiltration, tanzbuero pursues the question of how the usual chronological successions of live performances can be transferred to a performative simultaneity, and how the singularity of each performance may give way to artistic plurality in a shared time-space-event.

At the beginning of the performative convergence the performances might collapse, or the artists might lose control over their works. Due to these unusual performance-meetings and their intertwining, the works will be partly deconstructed, and new forms and narratives emerge. Eventually – an unpredictable togetherness may arise.

To what extent can this spatial and temporal „thrown-togetherness“ of diverse performances transcend artistic and aesthetic boundaries in performance art? Can this collaborative process among artists generate new forms of material-collaboration in performance?

Sabina Holzer: sub/s/tanzen (2016/17)
Aiming to connect writing and the body, Sabina Holzer is wondering which physical substances are also elementary parts of the world around us. Calcium for instance is within our bones and teeth but also found in stones, from which chalk is created. Also aluminium is part of our bone, organ and muscle structure; as a reflecting material it tells about light and darkness as human conditions of processing thoughts and touch. Connecting with the materials and their narrative while having Derrida “Marx’s Gespenster” in the back of the mind Holzer engages in movement and space to develope a specific poetic and dedication. Within that there is the desire to investigate the possibilities of creating a situation in which a joint sensibility for space and time – and thus for togetherness – can take effect. Situation here should be understood as “situation of…”, i.e., without explicit reference to a subject. Rather, the reference is to something situated – seated, put, affected – and our personal movements with these circumstances. Thus this togetherness also is an engagement with presences and absences, and their interplay.